Autonomous Vehicles Are Here: What to Do In Case Of An Accident 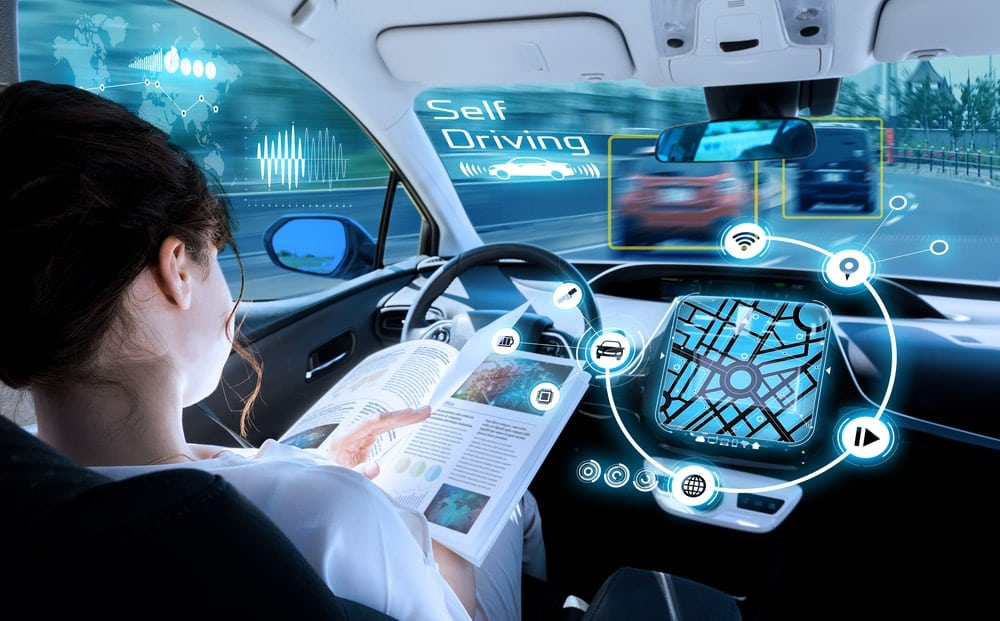 Self-driving cars seem like a novelty, but we’ve been talking about them since the 1930s.

Back then, people were so confident in the technology that we predicted autonomous vehicles to become the norm by the 60s, though it’s fair to say we fell a bit behind on that initial schedule.

But, for better or for worse, driverless cars are here, even if they are not as widespread as some had hoped. In 2015, Google operated the first autonomous car prototype under Alphabet Inc., and then more and more companies started to follow suit, the most famous being Tesla. Experts predict that almost all vehicles will be autonomous by 2050.

However, even if a driverless car’s primary selling point is that it’s safer because it removes the threat of human error, accidents could still happen. In 2016, a passenger in a Tesla autonomous car died because the autopilot couldn’t properly function due to weather condition, and slammed into a tractor. Another recent accident involved an Uber self-driving car that killed a pedestrian. If manufacturers manage to take out the kinks and guarantee a safe vehicle, the question remains: who is responsible for an autonomous car accident?

What Does the Law Say?

Unfortunately, the law is still trying to catch up with autonomous vehicles. It’s understandable since driverless cars require an extended testing periods before manufacturers can sell them to the public, and apart from a few grim accidents over the years, there hasn’t been that many incidents.

Still, since several companies are developing autonomous cars, it only makes sense that states will adopt new legislation to regulate them. So, how are the states handling this new technology?

Well, since 2011, 33 states have passed some legislation related to driverless vehicles, but the critical thing to remember here is that the way in which these cars are regulated is left up to each state.

Because of that, some have more strict rules than others, Florida being in the latter category. In fact, Florida’s been open for autonomous vehicles for some time now and doesn’t even require a special permit for them. In 2012, the state decided that a person with a valid driver’s license can operate a driverless car. Companies can test their vehicles as long as they have $5 million in insurance.

In 2016, these laws were revoked. Autonomous cars don’t require a human operator present anymore, and companies aren’t required a $5 million insurance policy. To translate this directly, Florida treats driverless vehicles the same as they do conventional cars.

Who Is at Fault?

When speaking about driverless vehicles accidents, there are two leading causes to discuss:

A possible car malfunction, which then leads to an incident where people get hurt, naturally blames the manufacturer, who did not take proper precautions to ensure their product is safe both for passengers and bystanders.

Or, the fault may not belong to the car’s manufacturer, but to the developer of the software. Assuming it is the case of a vehicle malfunction, whoever is responsible for it is liable, and victims can ask compensation for their injuries.

Sometimes, there is nothing wrong with the car, and other external factors are to blame, such as another vehicle or a person that causes the crash. This case requires an investigation to determine who is at fault and, as a consequence, liable to be sued.

What Does That Mean for You?

To put simply, this is still uncharted territory, so if you are involved in an accident with an autonomous car, regardless of the position you are in, there is only one thing to do: call an accident lawyer immediately.

Whether you are the victim of the accident or the owner of a driverless vehicle involved in an incident where people got hurt, it’s essential to hire a competent attorney to represent you.

Here’s what a lawyer can do:

An experienced lawyer will represent your best interests if you are in any way involved in a car accident. Particularly when the situation is more or less unique, like that of a driverless vehicle incident, you need someone knowledgeable of Tampa laws to guide you through the process.

Hiring an attorney is vital if you’re involved in an accident with a driverless car, but there are other things to be aware of:

1. Get treatment as soon as possible. Even if you think your injuries are not too serious, have a doctor assess your condition.

2. Gather evidence: collect all relevant medical files and bills, talk to witnesses, or even write down a detailed recollection of the events. This ‘paper trail’ will be useful when you’re trying to get a fair settlement.

3. Don’t talk to insurance companies on your own. It’s better to leave all these meetings for your lawyer, who understands the legalities of your case better. Insurance companies can take even the smallest of your mistakes and use it against you.

Many might still believe that autonomous vehicles will only become the norm somewhere in the future – certainly not in this lifetime.

But there is evidence to suggest the future might be closer than expected, and these companies are trying to take the possibility of human error out of driving. But the fact remains: mistakes can still happen, and when they do, you must be prepared. If you’ve been in a car or motorcycle accident, contact us for a free case review.