Have You Been Injured in a Motorcycle Accident? I Can Help.

When you’ve been injured as a result of another driver’s negligence, it can be a devastating and stressful situation for you and your family. You want answers to your questions, and an attorney with the years of experience to represent you fairly and accurately.

Why you should call me now:

A Motorcycle Accident Client Talks About His Experience Working With Us

No Fee Unless We Win! Contact The Best Tampa Accident Attorney Today.

Get the Compensation You Deserve!

Why You Should Hire Us 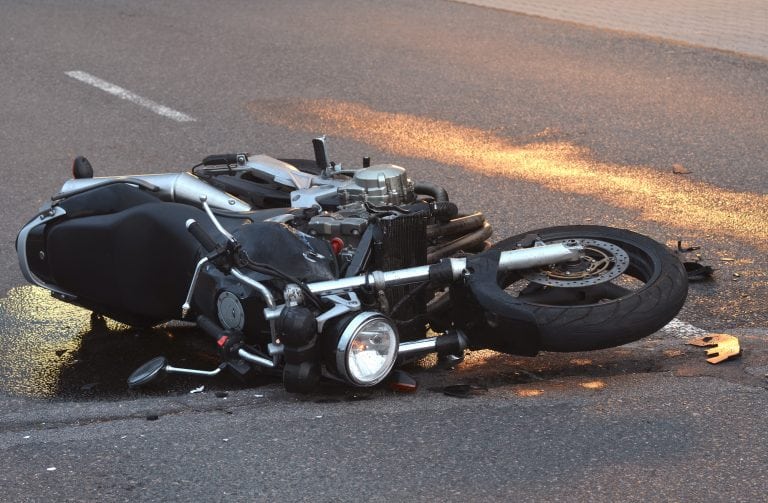 Your insurance company will handle property damages and minor injuries to the extent that your policy allows.

However, insurance companies will often do their best to exploit any loopholes they can to avoid paying at all or paying in full.

If you’re unhappy with the answers your insurance company is giving you, please schedule a free consultation with Mr. Herron. We’re experienced negotiators and will fight on your behalf to ensure you get a fair settlement. If your accident injuries are more serious then it’s especially important that you speak with us.

We work on behalf of our clients for the following motorcycle related damages:

Unfortunately there is not a calculator to come to a clear determination of what your case is worth. However, based on our decades of experience, we can give you an estimate of what you could receive with a personal injury claim after we’ve had a free consultation.

Florida only allows a full suit to be filed if you’ve suffered permanent injuries. Permanent injuries, large or small are quite common with motorcycle accidents so the chances are your claim could be worth a lot.

We work on contingency so the risk to you is very low, so please call us and discuss your case with us today!

What damages can be recovered from a motorcycle accident?

If you have a successful claim, you could recover the following damage types:

These are unique to your case, such as a victim’s exact medical expenses, lost income, property damage repairs, legal fees, and court costs. It is generally easy to calculate these damages based on medical bills and other receipts. An attorney will gather proof of out-of-pocket expenses to calculate an accurate recovery amount.

These cover the majority of motorcycle accident victims, such as physical pain and suffering, emotional distress, and mental anguish. They can also include lost quality of life, lost capacity to earn, and loss of consortium. General damages are more difficult to calculate than special damages. A jury will decide the amount of general damages that is fair according to the victim’s injuries. 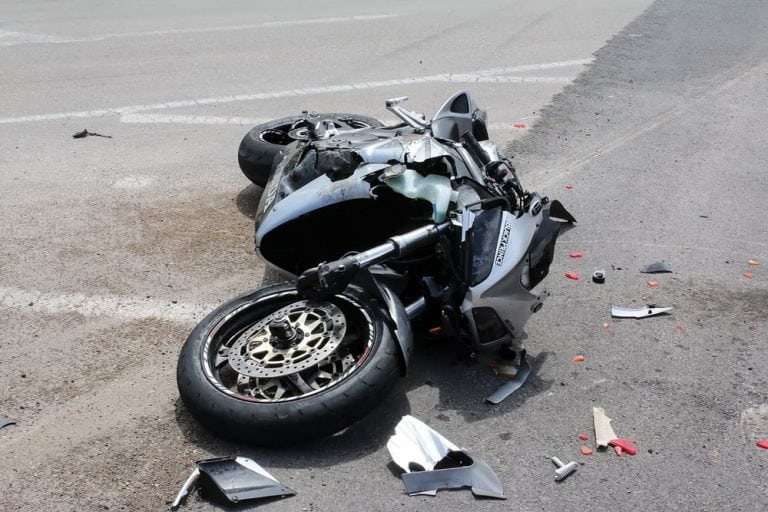 Punitive damages are additional damages a judge may award if compensatory damages do not seem to be enough to compensate a victim for serious or permanent injuries. They also serve to punish a defendant for gross negligence or wanton disregard. Not every motorcycle accident claim will qualify for punitive damages.

The at-fault party’s insurance company may offer a settlement that covers your lost wages, medical bills, property damages, and some other out-of-pocket expenses. You will not receive general damages or punitive damages without a personal injury lawsuit. Working with Herron Law can help maximize compensation for your motorcycle accident claim.

In most cases, a motorcycle accident lawsuit is handled like a car accident case, but there are a few, key differences you should be aware of if you’ve been injured in a motorcycle crash.

The majority of motorcyclists in Florida do not carry PIP insurance because the state does not require it. What that means for you is that as a motorcyclist who is the victim of an accident, you will have to use the PIP insurance of the driver involved in the crash. If the driver also doesn’t have PIP insurance, then a personal injury attorney can issue a Letter of Protection on your behalf. If you don’t have a Letter of Protection issued on your behalf, a medical provider can demand upfront payment for the remaining 20% of uncovered bills. Or, they can refuse to treat you if you can’t guarantee that the bills will be paid. 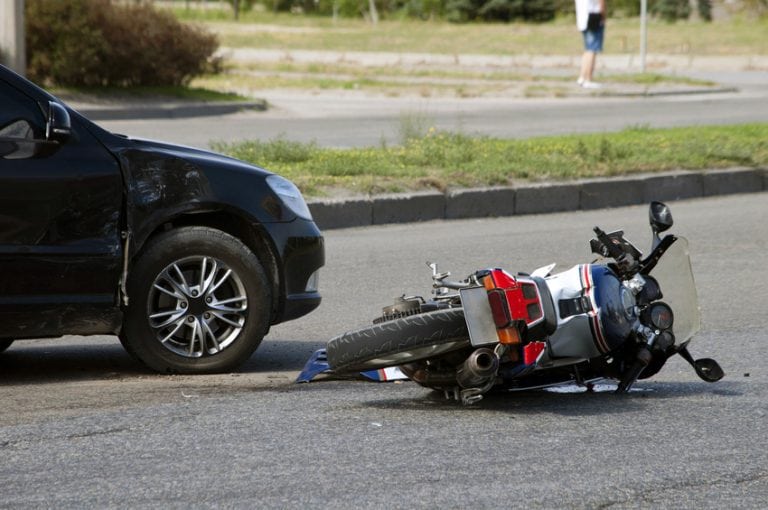 When we issue a Letter of Protection on your behalf, it’s an official statement to the medical provider that the accident is part of a lawsuit.

The letter states that upon completion of the suit, that the provider is guaranteed payment from the accident settlement. This will give you the peace of mind knowing that you will continue to receive the medical treatment you need, while also guaranteeing that you won’t experience severe financial hardship from unpaid medical bills.

Florida is the Most Dangerous State for Motorcycle Riders

The most dangerous counties for motorcycle crashes in Florida: 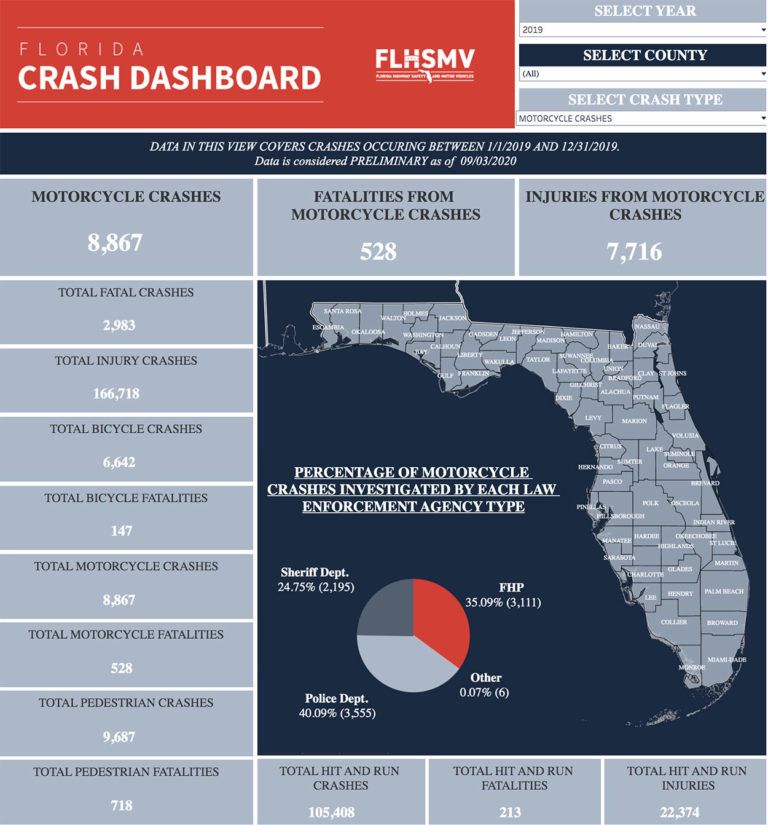 Accidents involving motorcycles and passenger vehicles account for more than half of all motorcycle accident deaths.

In most of these cases, the cause of the accident is attributed to a head-on collision, where the passenger vehicle hits the cyclist. Head-on crashes happen in 78% of motorcycle accident deaths, whereas only 5% of motorcycle wrecks involve the motorcyclist being hit from behind.

There are thousands of personal injury attorneys in Florida – why should you choose Michael Herron to handle your accident case?

Mr. Herron has personally handled more than 3000 criminal and traffic cases and more than 1500 accident and injury cases.

Michael works directly with his clients so that each case receives the attention to detail required to win.

Mr. Herron is a former prosecutor who understands the opposition and their approach.

What My Clients Say

A talented group of hardworking professionals, I couldn’t have asked for more from The Law Offices Of Michael Herron. Anything I needed they were there ready to help. I wasn’t trying to get rich, I just didn’t want to deal with the insurance companies. It seemed like a very slow process at first, but once [Law Offices of Michael Herron] took over my case everything went smoothly…my settlement was much more than I ever expected. His assistant Julie was phenomenal at strengthening their proficiency as a team. I would recommend Michael Herron Law to everyone, and they will be the first ones I call if I ever need another injury attorney.
Matt Morris
I have benefited from Michael Herron’s council services on two separate occasions. I value the personable, professional work ethic of Mr. Herron and his staff. On any given day I felt welcomed and informed and for this I will always be grateful. I would without a doubt recommend Michael to anyone and I would use his services again without hesitation. Thank you, Michael Herron.
Tracy Kendrick
Michael Herron, and his kind, and caring staff exemplify what small business about. Working directly with him, as well as his fine paralegal, Julie, my case was resolved in timely, and very favorably fashion. Mr. Herron’s attention to every detail in my case far exceeded my expectations regarding a ‘careless driver, in a cell phone related experience.
Unhesitatingly, I recommend Mr.Herron as THE ‘Top Shelf’ Personal Injury attorney in this area. Your well-being is your responsibility. Drive farther if you must, in order to meet the expectations you seek within the judicial system. Textbook good results. Much gratitude to you sir, and your staff, for a Thanksgiving to be remembered.
Jim Duffey
Previous
Next

We Handle All Types Of Accident Cases

Wrongful death lawsuits can be brought against a multitude of different situations.