Zantac Recall And Lawsuits – Everything You Need To Know 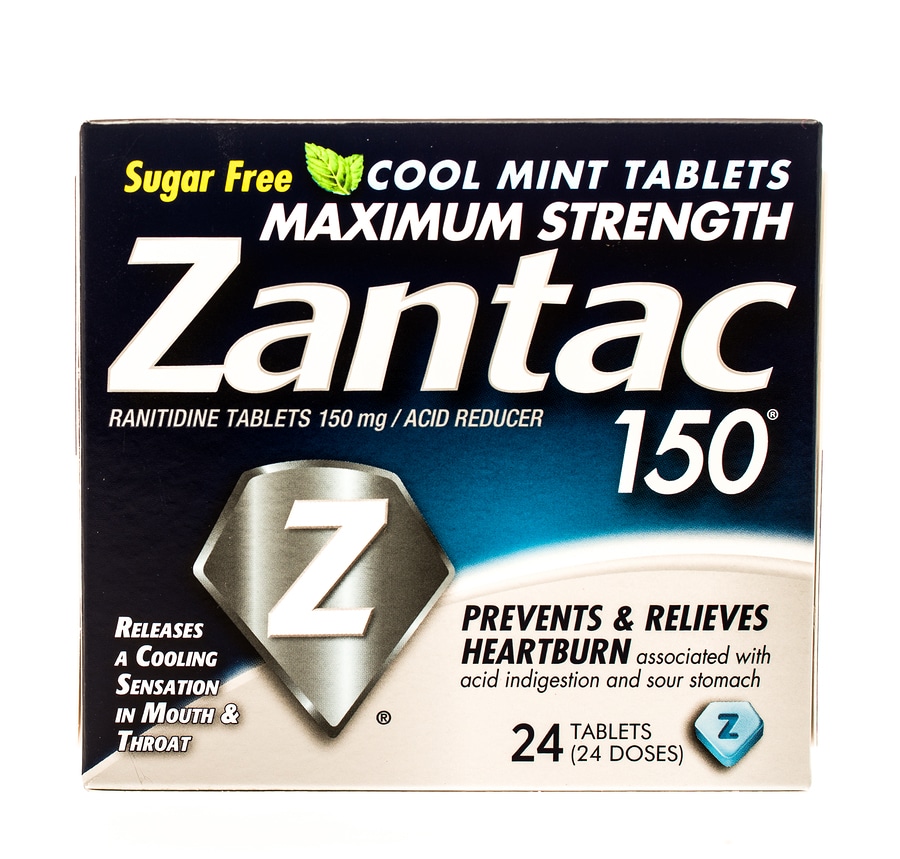 If you’ve ever taken Zantac (ranitidine) as a way to mitigate acid reflux and you contracted cancer, you may be able to file a suit against the manufacturers of the drug and recover monetary damages for pain and suffering, doctor’s bills, lost earnings, and more.

Recently, all ranitidine medications were recalled by the FDA, as it was found that these drugs contained an unacceptably high level of a carcinogen (cancer-causing chemical) called NDMA. This took place on April 1, 2020.

Currently, legal action is pending against Sanofi, the originator of the drug, and the manufacturers of Zantac, alleging that they knew about the cancer-causing risk of ranitidine, and knowingly concealed it from the public to make billions of dollars in sales.

In this blog, we’re going to summarize everything that you need to know about the current state of the Zantac recall and the lawsuits that are pending against Sanofi and the drug companies responsible for manufacturing Zantac. Read on, and get all of the details.

If you prefer to skip to the section that interests you most, use these links: 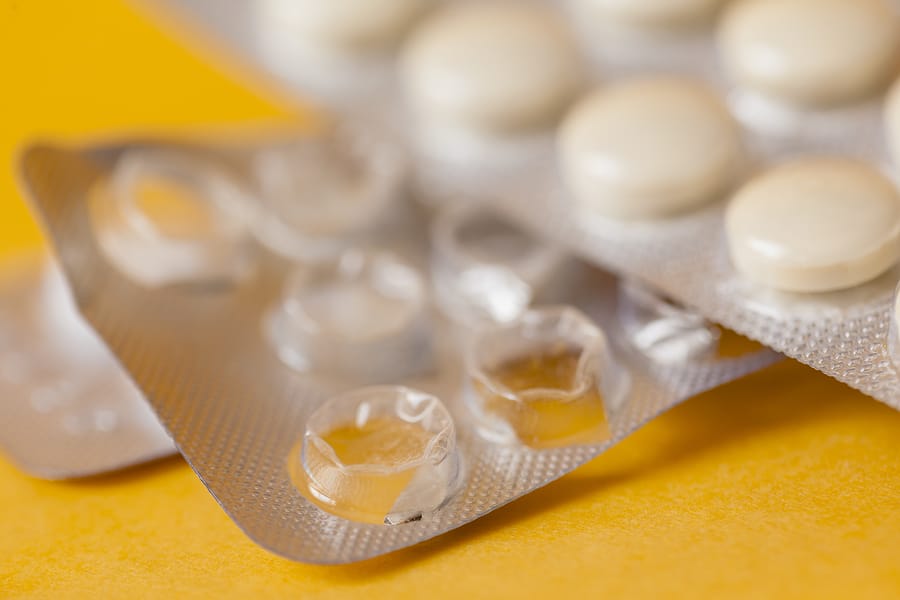 Zantac is the trade name for the medication ranitidine. This medication belongs to the class of drugs known as H2 (histamine-2) blockers. It’s commonly used to impair the production of stomach acid and is available in both over-the-counter (OTC) and prescription forms.

The OTC form of Zantac is commonly used to treat the symptoms of heartburn (acid reflux) and gastroesophageal reflux disease (GERD). The more powerful prescription version of ranitidine is often used to prevent serious stomach and intestinal ulcers from Zollinger-Ellison syndrome, peptic ulcer disease, and more.

The drug was first used in 1981 in the United States and was the 50th most commonly prescribed medication in the United States until it was recalled in April of 2020. More than 16 million prescriptions for Zantac were written each year, and it was the first medication to reach $1 billion in sales. Currently, ranitidine is still on the World Health Organization’s “List of Essential Medicines,” which are widely recognized as safe and effective medicines that are essential for a strong health care system.

Despite its widespread use and popularity, there have been concerns about Zantac and its associations with higher cancer risk in patients who take the medication for a long time. Since it first entered the market in the 1980s, multiple studies have linked the use of ranitidine with a higher risk of multiple types of cancer.

A systematic review of 4,598 published articles found that in multiple studies, H2 blockers and proton pump inhibitors increased the risk of gastric cancer. This was thought to be due to the presence of a carcinogen known as NDMA (N-Nitrosodimethylamine).

FDA Issued A Warning About Zantac And Unsafe Carcinogens In 2019

The U.S. FDA (Food And Drug Administration) reported its first advisory about ranitidine and Zantac on September 13, 2019. This was after routine testing found that ranitidine commonly made and sold by multiple manufacturers contained levels of NDMA, a carcinogenic contaminant, that were between 3,000 to 26,000 times higher than FDA-approved standards.

NDMA is a harmful carcinogen and contaminant. The acceptable threshold for daily intake set by the FDA is less than 100 nanograms. However, it was found that a single 150mg pill of ranitidine (Zantac) could contain up to 2.5 million nanograms of NDMA.

150mg is the most common dosage for over-the-counter Zantac, while many adults are prescribed a regimen of 300mg per night for a period of 4-8 weeks. Those who are suing Sanofi and the manufacturers of Zantac claimed that the company knew the risks of NDMA formation in the drug, and knowingly concealed the drug’s side effects and risks – despite the fact that multiple studies over the years showed a 400 times higher level of NDMA in the urine of ranitidine users.

Those suing the company claim that, had they known the risks, they would not have taken Zantac (ranitidine), which has, over the years, been presented as a very safe drug with little-or-no harmful side effects.

The FDA recommended a voluntary recall on September 13, 2019, and many companies that manufactured or carried Zantac followed this order, including Sandoz, Walmart, CVS, and many other purveyors and manufacturers of the drug.

What Is NDMA And What Does It Do?

So, what is NDMA, and why is it such a big deal that it was discovered in high levels in people who routinely took Zantac (ranitidine)? NDMA, short for n-nitrosodimethylamine, is a known hepatotoxic, meaning the carcinogen can cause serious damage to liver cells.

However, this compound has been linked with much more than just liver damage. Exposure to NDMA has been associated with a number of harmful complications, symptoms, and diseases, including bladder and stomach cancer, liver fibrosis (scarring), and tumors in multiple areas of the body including the lungs, liver, and kidneys.

Those exposed to excessive NDMA often develop other harmful symptoms and complications such as fever, nausea, jaundice, abdominal cramps and discomfort, headaches, and impaired lung, liver, and kidney function.

These are very serious complications, so the presence of massive levels of NDMA in Zantac (ranitidine) led the FDA to investigate further. After an ongoing investigation into the source of the impurities in ranitidine, the FDA issued a mandatory order suspending all manufacturing and sales of the drug on April 1, 2020.

Where Did The High Levels Of NDMA In Zantac (Ranitidine) Come From?

Given that Zantac is such a popular drug, it may seem hard to believe that it contained high levels of such a dangerous and well-known carcinogen. However, initial findings from a lab studying the drug may indicate how ranitidine-containing drugs became contaminated with NDMA.

Preliminary data from Emery Pharma, a research laboratory, found that NDMA can accumulate in drugs containing ranitidine when they are exposed to “elevated temperatures,” during storage or shipment, which are routinely reached when the drug is released from the manufacturer and sent out for retail or pharmacy sale.

Importantly, this data could indicate that, while batches of Zantac and related ranitidine-containing drugs may pass FDA standards for NDMA contamination when tested directly after manufacturing, the levels of NDMA may rise dramatically between the time the drug is purchased and taken by consumers.

Zantac Was Recalled From All Manufacturers On April 1, 2020 And Is No Longer Available

The voluntary recall of Zantac and generic ranitidine products was extended on April 1, 2020, and is now a mandatory order from the FDA. The FDA requested that all manufacturers of these products withdraw them from the market, after further lab testing proved that prolonged storage of Zantac and ranitidine – even in room temperature – could result in the development of higher levels of NDMA, which grew dramatically at higher temperatures.

With this recall, all patients currently taking ranitidine have been advised to cease taking their medication immediately, to dispose of it properly, and to contact their physicians to learn more about their options for a replacement product that will help treat their condition, such as Pepcid, Prilosec, Nexium, or Prevacid.

Those who are suing the makers of Zantac are alleging that Sanofi and other manufacturers of ranitidine-containing drugs were aware of the potentially harmful effects of storing the drugs improperly, and ignored the issue to make a profit.

Currently, there are hundreds of lawsuits pending against the drug companies that are responsible for manufacturing Zantac drugs. However, these lawsuits have not yet led to a class action. Instead, they are separate lawsuits by victims that will be joined into Multidistrict Litigation (MDL). All lawsuits filed by individuals will be joined together into a single legal district for pretrial proceedings and discovery.

On February 26, 2020, all currently-pending Zantac lawsuits were transferred to the U.S. District Court for the Southern District of Florida for multi-district litigation, after an unsuccessful attempt by the defendant drug companies to centralize the proceedings in New Jersey, which is home to the headquarters of Sanofi.

The MDL and its pretrial proceedings and discovery process will be presided by U.S. District Judge Robin Rosenberg. Depending on the results of this process, the judge may choose one or more lawsuits to proceed as “bellwether trials.”

What Should I Do If I Want To File A Zantac Lawsuit?

Many individuals who have taken Zantac and developed conditions like bladder cancer, liver cancer, stomach cancer, and other types of cancer are seeking to take legal action against the manufacturers of Zantac and ranitidine.

If you or a loved one has taken Zantac and developed cancer, you may be looking to take legal action against the manufacturers of ranitidine, to get the compensation you deserve for hospital bills, pain, and suffering, and lost income.

As there is currently no class-action lawsuit against the manufacturers of Zantac, the best step to take is to work with a Tampa personal injury to file your lawsuit against the responsible parties, such as The Law Offices of Michael R. Herron. We have already helped multiple clients file Zantac lawsuits.

You may have a case if you have taken Zantac and developed:

For a free case review about your Zantac case and to see if you can file an individual or class-action lawsuit related to your case, contact us right away.

Get The Compensation You Deserve After Taking Zantac (Ranitidine)

Litigation against the makers of Zantac and ranitidine-containing products is still in its early days. So if you or a loved one have been affected by cancer after taking Zantac (ranitidine), now is the best time to take action and get the compensation you need.

At the Law Offices of Michael R. Herron, we can help you learn more about the damages to which you may be entitled, and file a complaint against the manufactures of the drug to get the compensation you deserve. So don’t wait. Contact us online or give us a call at 813-536-7603 for a free, no-commitment case review.