Were you exposed to contaminated water at Camp Lejeune?

For more than three decades, from 1953 to 1987, men, women, and children who dedicated their time and lives in service to our country bathed in and drank toxic water. Hundreds of babies died, many stillborn without a chance to ever take a breath on U.S. soil. There were so many deaths that a large stretch of a cemetery nearby was dubbed “Baby Heaven.”

Veterans exposed to contaminated drinking water at Camp Lejeune between the mid-1950s and mid-1980s may qualify for VA disability benefits. 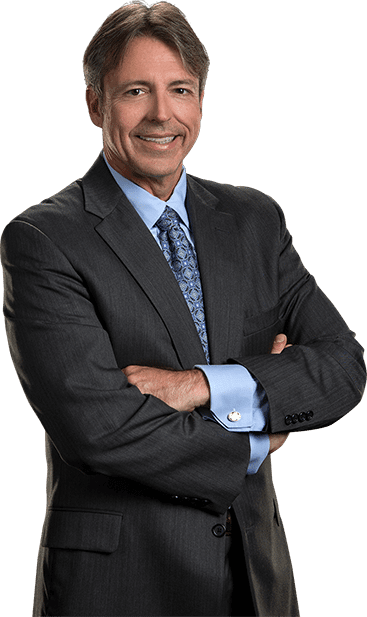 Who is Eligible for Compensation through the Camp Lejeune Justice Act?

You may be eligible for compensation through the Camp Lejeune Justice Act if:

There are thousands of personal injury attorneys in the U.S. – why should you choose Michael Herron to handle your talcum powder lawsuit?

Mr. Herron has personally handled more than 3000 criminal and traffic cases and more than 1500 accident and injury cases.

Michael works directly with his clients so that each case receives the attention to detail required to win.

Mr. Herron is a former prosecutor who understands the opposition and their approach.

Children were not the only victims. Marines, their military family members, and civilian contractors and staff have since developed deadly cancers, Parkinson’s disease, and other serious illnesses linked to lethal chemicals that flowed freely into camp wells.

The most horrible part of it all is that the VA, the DOD, and even lawmakers deceived veterans, covering up their crime for years then, when the truth came out, wriggling through legal loopholes to avoid accountability, and to shirk their financial and moral responsibilities to hundreds of thousands of Marines and their families.

What’s more, lawmakers altered North Carolina’s strict 10-year statute of repose, which meant Marines and their families could not sue the government and seek justice.

Moreover, the U.S. Department of Veterans Affairs (VA) knew Camp Lejeune water was making people sick, but they refused to provide medical care on the basis of “insufficient evidence of causation.” 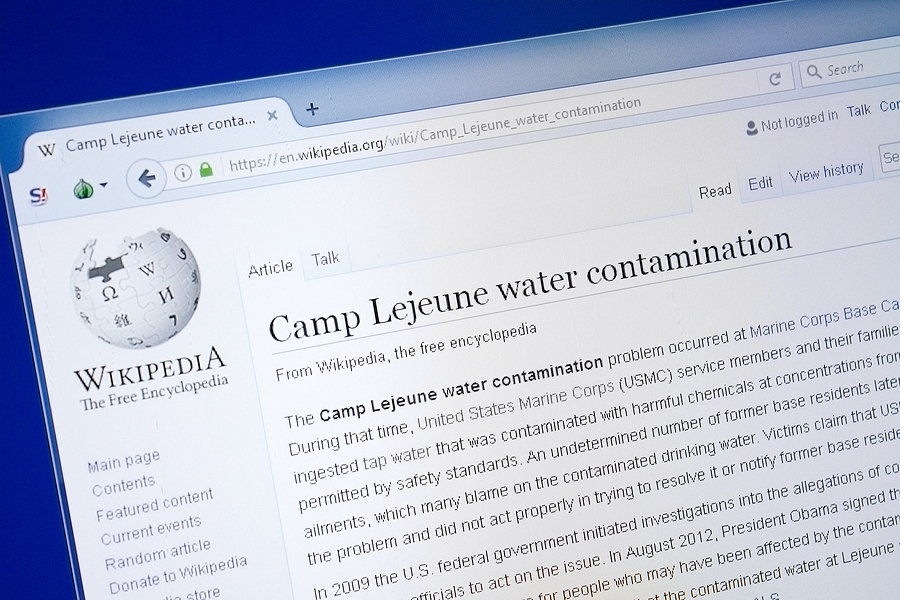 The good news is that bipartisan lawmakers are now making justice a reality. The bipartisan sponsored Camp Lejeune Justice Act has been signed into law, allowing veterans, military families, and civilian staff who served, worked, or resided at Camp Lejeune from August 1953 through December 1987 an opportunity to financially recover some of what they lost.

Have you or a family member suffered from cancer, Parkinson’s disease, birth defects, miscarriage, or any other conditions outlined below after serving, working, or residing at Camp Lejeune?

I will stand with you.

What kinds of cancers or injuries are eligible for Camp Lejeune Justice Act compensation?

At this time, we are not omitting any cancer diagnosis from our eligibility criteria. We believe the toxins that veterans and military families were exposed to may have had far-reaching effects, beyond what the government has admitted. This could change as the litigation evolves.

Some of the toxic water-related diagnoses at Camp Lejeune include but are NOT limited to:

What if I Currently Receive Disability or other VA Benefits?

Why Do You Need a Lawyer?

The government has not made it simple to be compensated. The only way you can be compensated for your injuries is to file a lawsuit.

Unfortunately, these types of litigations are tricky. Filling out the wrong form at the wrong time, providing incorrect or incomplete information, or missing a deadline can make you forever ineligible to receive benefits.

You have nothing to be ashamed of and nothing to lose by hiring your own lawyer to help you through this. I don’t charge a fee or costs unless you win.

Fortunately for more than a million people who were exposed to Camp Lejeune’s toxic water, change is on its way.

The Camp Lejeune Justice Act was introduced by U.S Senators Thom Tillis (R-NC), Richard Blumenthal (D-CT), Richard Burr (R-NC), and Gary Peters (D-MI) to help victims of water contamination at Camp Lejeune seek compensation and hold the government accountable in court. It was passed in the House in March 2022 and has now also been passed in the Senate.

The Camp Lejeune Justice Act is a critical piece in righting the wrongs that have been done to veterans and their families for decades. It will likely cost the government billions of dollars to resolve. However, it was the government who created the problem, and it is the government’s duty to solve it.

No amount of money can make up for the loss of a loved one or the cost of a life-changing injury. We believe that recognition of and compensation for the government’s wrong actions is the least that should happen in order to honor those who have made such great sacrifices on our behalf.

Until we get justice for those who served, resided, or worked at Camp Lejeune, its former residents – the Marines and their family members suffering from cancer and other conditions, the babies who died during or shortly after birth, and the many couples who lost their children – will be living legacies of government negligence and incompetence.

Michael R. Herron is a decorated combat veteran, a former criminal prosecutor and an experienced trial lawyer and you only have to pay his fee and costs if you win.

If you don’t win you walk away owing him nothing.

What Chemicals were in Camp Lejeune Water?

The pollutants identified in Camp Lejeune water include:

All of these chemicals are colorless and deadly, and they should never be consumed.

Why Didn’t the DOD Fix the Camp Lejeune Water Problem?

Many people, including veterans’ organizations that have been fighting for justice for Camp Lejeune Marines for decades, insist that the military knew of the pollution for many years before it quietly began closing the most contaminated wells in the mid-to-late 1980s. Moreover, many insist that, even after that time, contamination persisted in some active wells. There is reason to believe this is unfortunately true.

We often believe that those in power will do what is right, but we have seen and experienced enough to know that, often, this is not the case. Those in charge likely thought they could remain quiet and pass the torch to the next commander or the next administration. It is not fair, it is not right, and it is not the America you or your family members fought to defend.

In 2017, Congress passed the VA Accountability and Whistleblower Protection Act, which made it easier for those who wanted to do the right thing. Since then, the VA has begun to change its unethical and outdated ways. There is still much work to do, but veterans’ health issues, including those resulting from toxic exposure to Camp Lejeune water, are starting to be addressed.

What if I was Diagnosed with Cancer or Other Problems Many Years Later?

The effects of exposure to toxic chemicals often take years to develop. Many studies show that exposure for more than 30 days puts you at increased risk for these illnesses, including cancers, Parkinson’s disease, and other terrible conditions, for the rest of your life. These chemicals cause illness even decades later. You are still eligible for compensation.

What if I was at Camp Lejeune after 1987 and Diagnosed with Cancer?

The water at Camp Lejeune remains polluted even to date. Although not covered by The Camp Lejeune Justice Act, you may still be eligible for compensation under a different lawsuit.

No Fee Unless We Win! Hire The Best Camp Lejeune Lawsuit Attorney

Get the Compensation You Deserve!

What My Clients Say

A talented group of hardworking professionals, I couldn’t have asked for more from The Law Offices Of Michael Herron. Anything I needed they were there ready to help. I wasn’t trying to get rich, I just didn’t want to deal with the insurance companies. It seemed like a very slow process at first, but once [Law Offices of Michael Herron] took over my case everything went smoothly…my settlement was much more than I ever expected. His assistant Julie was phenomenal at strengthening their proficiency as a team. I would recommend Michael Herron Law to everyone, and they will be the first ones I call if I ever need another injury attorney.
Matt Morris
I have benefited from Michael Herron’s council services on two separate occasions. I value the personable, professional work ethic of Mr. Herron and his staff. On any given day I felt welcomed and informed and for this I will always be grateful. I would without a doubt recommend Michael to anyone and I would use his services again without hesitation. Thank you, Michael Herron.
Tracy Kendrick
Michael Herron, and his kind, and caring staff exemplify what small business about. Working directly with him, as well as his fine paralegal, Julie, my case was resolved in timely, and very favorably fashion. Mr. Herron’s attention to every detail in my case far exceeded my expectations regarding a ‘careless driver, in a cell phone related experience.
Unhesitatingly, I recommend Mr.Herron as THE ‘Top Shelf’ Personal Injury attorney in this area. Your well-being is your responsibility. Drive farther if you must, in order to meet the expectations you seek within the judicial system. Textbook good results. Much gratitude to you sir, and your staff, for a Thanksgiving to be remembered.
Jim Duffey
Previous
Next

What Are The Requirements To File A Camp Lejeune Water Contamination Lawsuit?

Do You Qualify for Compensation From A Camp Lejeune Lawsuit?