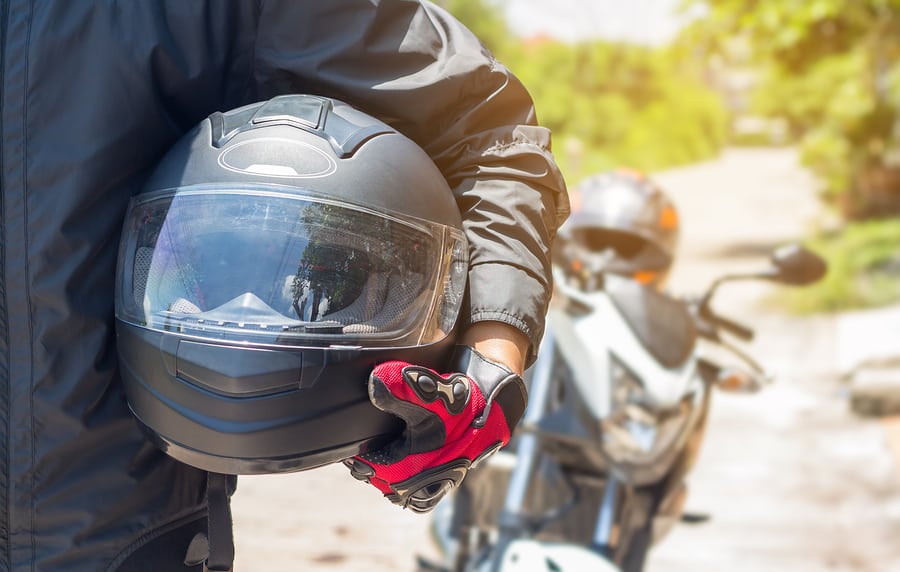 Each year thousands of people get into motorcycle accidents, some of which are fatal.

The percentage of motorcycle accidents is on the rise, and there are numerous reasons for this increase. Anyone who operates a motor vehicle should know about the most common causes of these accidents. Sometimes it’s impossible to avoid an accident, but understanding situations that lead to collisions can help prevent them.

A lot of motorcycle accidents occur as the result of a driver making an unsafe lane change. When drivers don’t check their mirrors and blind spots before changing lanes, they don’t see motorcyclists. Unfortunately, there isn’t much that motorcyclists can do about this.

Be vigilant and pay attention to what those around you are doing. Motorcycles are significantly smaller than most other motor vehicles, so they are often overlooked by careless drivers.

Approximately 40% of all motorcycle accidents happen when a driver is making a left hand turn. Sometimes a driver hits a motorcycle that is going straight through a light when the driver is making a left turn. These kinds of accidents happen all the time between two cars as well. However, they’re particularly dangerous for motorcyclists. Motorcyclists have less protection than passengers in cars, so they are often injured or worse in these scenarios.

The term “lane splitting” refers to a motorcycle that cuts between stopped or slow moving cars in traffic. While this can be convenient for the person operating the motorcycle, it also puts them at a much higher risk of an accident. It isn’t uncommon for those who are driving cars or trucks to accidentally sideswipe a motorcycle that is lane splitting. Many drivers are taken off guard by this behavior, simply because they weren’t expecting it.

When a motorcyclist is driving recklessly, they instantly increase the chances of getting into an accident by a huge percentage. Weaving in and out of lanes, speeding and other reckless driving behaviors can easily lead to an accident. Even failing to check one’s mirrors when riding a motorcycle can end badly. Remember to ride carefully and obey the laws of the road.

When the roads are slick due to snow or rain, the probability of accidents on the road increases considerably. A lot of motorcycle accidents happen because the road is more slippery than normal. Slick roads lead to reduced traction and make it more difficult to stop. If the road is very slippery, it can be easy for a car to rear end a motorcycle or for a motorcyclist to crash into the car in front of them. Dangerous road conditions make driving safely more challenging for everyone, which is why it’s so important to be especially cautious in these situations.

A majority of fatal motorcycle accidents involve head on collisions. It is statistically pretty rare for a motorcycle to get hit from behind, but getting hit by a car head on is much more likely. Most motorcycles that are involved in head on collisions suffer serious injuries at the very least. The best way to avoid these types of collisions is to pay attention while driving and obey speed limits.

Many motorcyclists will tell you that blind corners with patches of gravel or sand are the very bane of their existence. It can be very easy to lose control of one’s motorcycle in this situation, and it’s not an uncommon occurrence at all. The best thing that motorcyclists can do to avoid this is to ride at a pace where they can react fast enough to avoid an accident if they suddenly encounter a patch of gravel around a sharp corner.

Going around corners too fast is another common cause of these accidents, and the method of prevention is the same.

Often times it is the friends of those who are riding a motorcycle that cause them to get into an accident. People who ride motorcycles often do so in groups with friends as part of the whole experience, but things can quickly take a turn for the worst when one or more people are behaving dangerously on the road. If you notice one of your friends riding recklessly, you should distance yourself from them as much as possible. It only takes one careless person on a motorcycle to put the rest of a riding group in jeopardy.

If someone who is riding a motorcycle accidentally locks up the front brake while driving, it is very likely that they will end up on the ground in a matter of seconds. Anyone who is new to motorcycles should first learn how to properly use their front brake to avoid this exact situation. It only takes one accidental motion with your hand to cause a serious accident.

Many motorcyclists have gotten into accidents when riding alongside a line of parked cars and someone opens up a car door at the wrong moment. This can happen very quickly, which is all the more reason to be careful when riding. If you see someone who looks like they are going to open their door, switch lanes immediately or slow down. It’s also important to never ride between traffic and parked cars if you can help it.

Have You Been In A Motorcycle Accident?

Motorcycle accidents happen all the time, often in what seems like the blink of an eye. There is no question that riding a motorcycle is inherently more dangerous than driving a car, which is why it’s so crucial to be aware of the most common causes of these accidents.

If you’ve been involved in a motorcycle accident, consider talking to a lawyer about your case.  If you believe another driver was at fault, get a free case evaluation to determine if you are entitled to compensation.